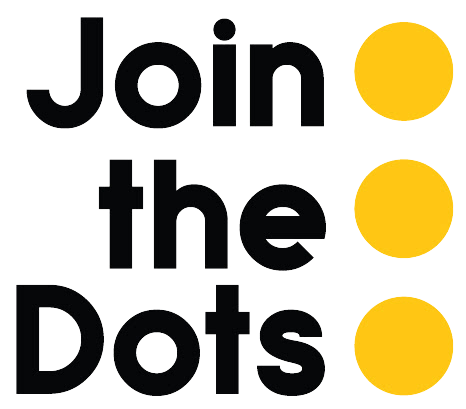 Our Shows are performed by two people and to audiences of up to 120 and are generally delivered in a performance space or school hall but can be adapted to most spaces including libraries or even outdoors! All of our shows are interactive and encourage audience involvement from song singing, dance and movement to coming up and playing a role on stage.

I guess you think you know these stories. You don’t, the real ones are much more gory!

Join the Dots most popular show is an imaginative retelling of three of Roald Dahl’s Revolting Rhymes: Little Red Riding Hood, The Three Little Pigs and Goldilocks. This fun show provides an exemplary precursor to performance work or creative writing, fits in to a fairy tale topic well or is often booked as an end of term or Christmas treat.

A lively retelling of the classic tale, set in South Louisiana with rhyme, song and dancing. With plenty of chance for participation the audience will help the three sibling pigs teach the cheeky alligator a lesson! A good introduction to traditional tales and their different versions, this show promotes cultural understanding with games and original bluegrass music.

For EYFS and KS1 children. 40mins.

Originally conceived for a school book week to explore the many different takes on the classic tale, this madcap journey explores the story of the Three Little Pigs and it’s many versions and possible endings. From a terrifying wolf to an unlikely friendship the audience will not only have a lot of fun but will also discover how to research, build and create a story as a brand new version unfolds in front of them. This show has great literacy links, sparking imagination and inspiring and informing reading, writing and oracy skills.

based on the book by Emily Mackenzie

Most Rabbits dream about lettuces and carrots but Ralphy dreams about books! Ralphy loves books so much that their passion leads them to a life of crime. Join Martha on a detective journey to find the book thief.  Created originally for a school book week and adapted for an online interactive festival performance during the first National lockdown.

Inspired by a Midsummer Night’s Dream, Guided by your hosts the Puck sisters – peek behind the scenes and help save the show from falling apart as its stars Oberon and Titania struggle to get along and a hopeful actor gets caught up in their games. Celebrate love and friendship in this fast paced story of mischief and magic with original music and audience participation. Not only will it inspire and entertain but also provides a fun accessible introduction to one of Shakespeare’s famous plays.

For EYFS and KS1 children. 40mins.

Track the terrible behaviour of the trickster Twits and the heroic deeds of the animals that live with them. It’s certainly time to give these two a taste of their own medicine in this hilarious interactive retelling of the famous tale originally written by Roald Dahl. Fun for all the family with lots of audience participation, physical comedy and original music and songs.

The Grumpy Queen was so grumpy that she made everyone around her miserable. One day however, thanks to the children in the palace, she finds something to change her mood forever. Originally created to support the launch of the F.R.E.D programme (Father Reading Every Day) this fun story promotes the joy of reading, as well as teaching children to look on the brighter side of life!

Meet a selection of animals in the African jungle that team up with the audience to expel a hungry crocodile who seems determined to do something very nasty. This storytelling was originally conceived for a book week project and includes original music and extracts from Roald Dahl’s song and verse.

Meet a witch who will do anything within her power to achieve eternal beauty. Will her evil plans work or will she get her comeuppance? This interactive storytelling is fully immersive, using only French. It develops cultural as well as linguistic awareness with physical play and visual clues.